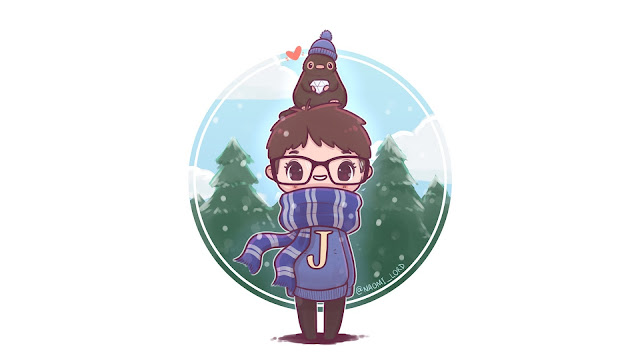 Gosh it's been a hot second, hasn't it? Well...more like 3 years! 😲 Shall we have a little catch up? I'll try and make it quick!

Since we last hung out I have:

Because I've not been able to knit for so long, I've really missed being creative, and since typing is the thing that causes me the least pain, I thought I'd start blogging again!

I had intended to start a new blog that was mostly Harry Potter related, with some other bits and bobs thrown in, but I simply adore the layout of this one, so I've decided to start afresh with it instead. Unfortunately there will likely be no knitting posts for the foreseeable future, but I have A TON of other posts planned!

So, to get us reacquainted, I thought I'd do the ULTIMATE Harry Potter tag that I saw Tessa Netting do a little while ago! I've popped her video down below if you fancy a watch!

CHARACTERS
WOULD YOU RATHER
BOOK TO MOVIE ADAPTATION
HOGWARTS
MISCELLANEOUS
And there we have it! I will try to post at least once a week, but things might get a little hectic when we get closer to closing down. If you want to get an email when a new post goes up, you can click "subscribe" at the top, and pop your email address in there so you'll never miss a post. I have SO MANY planned; reviews, merch, my visits to HP filming locations - it's going to be a heck of a lot of fun!