An Open Letter to the "Harry Potter" Fandom 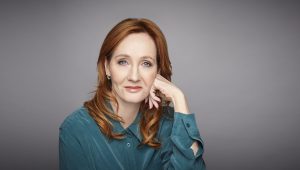 Recently, the internet exploded when Jo was misquoted by a news outlet as saying Dumbledore and Grindelwald had an "incredibly intense sexual relationship" when what she actually said was:


"Their relationship was incredibly intense. It was passionate, and it was a love relationship. But as happens in any relationship, gay or straight or whatever label we want to put on it, one never knows really what the other person is feeling. You can’t know, you can believe you know. So I’m less interested in the sexual side – though I believe there is a sexual dimension to this relationship – than I am in the sense of the emotions they felt for each other, which ultimately is the most fascinating thing about all human relationships."

There is a really great article on Mugglenet about this, which I highly recommend reading, but I also wanted to get my thoughts out there, if only to clear my head.

I know that a lot of fans have slowly been becoming disenfranchised with Harry Potter after not liking Harry Potter and the Cursed Child (although after seeing it on stage myself I adore it), and having problems with Fantastic Beasts: The Crimes of Grindelwald (which I also really enjoyed). I completely understand that not seeing the representation you want in a franchise that you love must be so frustrating - as a straight white woman I don't have that problem, but for me the biggest issue in this is the simple fact that no one thought to actually see if the quote was true before jumping down Jo's throat.

It is surprising that a generation of people who learnt a love of reading from these books so easily believed a clickbait news headline that could easily have been written by Rita Skeeter herself. If Harry Potter taught us anything, didn't it teach us to question authority and reserve judgement until you have conducted the research yourself? It might just been the Ravenclaw in me, but I was disappointed to see so many people being outraged and creating memes before they had even taken the chance to read the quote (or indeed, the actual article).

It's no wonder Jo has not been active on Twitter, where she usually interacts with the fans, when it seems to have become fashionable to hate (and in some cases, bully) her. I keep seeing the phrase "toxic fandom" being used, and I am starting to see why.

I breaks my heart to see see a fandom that I adore becoming, as Eric puts it in his article: "the trolls in the dungeon". I don't mean to say that you can't take issue or find faults with something you are passionate about, but I just think that we need to take a step back to consider before we post sometimes, and remember - the weapon we have is love ❤️
Labels: Fantastic Beasts Harry Potter