Yes, you read that title right!
It's the dream of every Harry Potter fan to have some kind of interaction with the queen herself - J.K. Rowling. For most of us actually meeting her isn't possible, but luckily she's pretty active on Twitter so we do have another way of getting to talk to her!

Back on the 11th of May 2018 I replied to one of Jo's tweets as I sometimes do. You can imagine my surprise when I got a notification to say that she had liked my tweet!

Yes, there was definitely squealing 😅.

If you're wondering what the tweet was a reply to - I took a screenshot of that too. 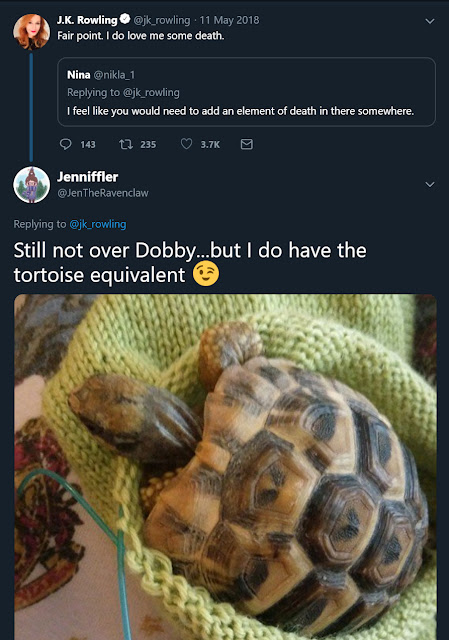 This was also the week after she had apologised for Dobby's death - on the anniversary of the Battle of Hogwarts (2nd of May) every year, Jo picks a character and apologises for killing them - so it was  rather apt!

If you're not sure what Dobby is actually sitting in - it's a half-knitted sock! He definitely takes after his namesake, and loves sitting in socks and slippers!

Dobby is my five-year-old Hermann tortoise! He is very spoilt; he LOVES dandelions; he has his very own Hogwarts; and even his own Facebook page! 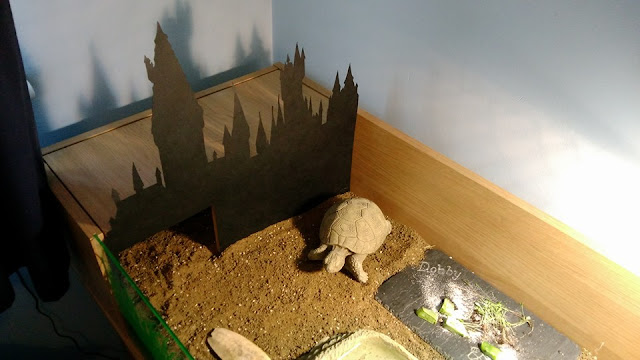 Have you ever spoken to or met Jo? I'd love to hear about it - let me know in the comments!

Hope everyone has a magical week ⚡
Labels: Harry Potter