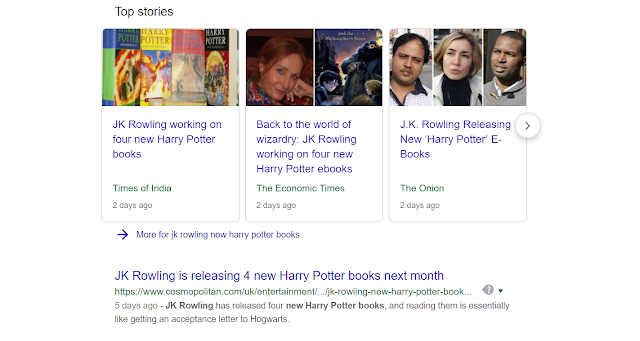 If you're just looking for the short answer: no.
Otherwise, hi and welcome to my blog! My name is Jennifer and I'll be spilling your tea today.

You've probably noticed a lot of headlines recently starting "JK Rowling is releasing four new Harry Potter books!". I've been sent quite a few of these by friends and family members who know of my passion for the series (I'm not exactly subtle 😉), and I've grown increasingly frustrated with how the media are representing it. I think this tweet says it best: 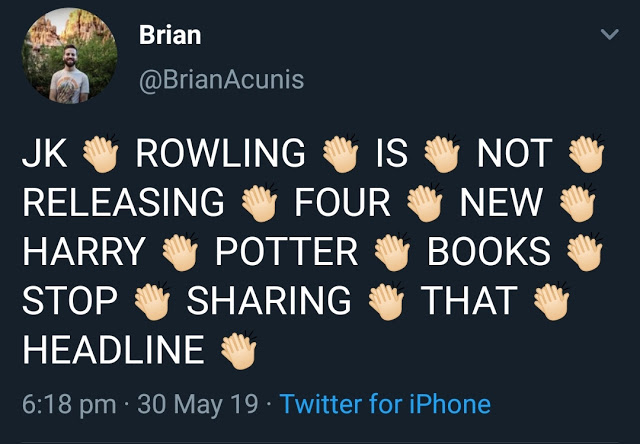 No, Jo is not releasing new books: Pottermore are. There's nothing wrong with this, of course. The books themeselves look very interesting: they are based on the audiobook that was released last year, and include interviews and information that wasn't present in the original books released to coincide with the History of Magic exhibition in 2017. (For more information see this MuggleNet article)

However, the media are phrasing headlines just for clicks, it's like the Dumbledore and Grindelwald had an "incredible intense sexual relationship" debacle all over again. They know how to get fans to read articles, and they're preying on that. Well this fan is not impressed. That kind of thing just doesn't work on a generation of people who grew up reading about Rita Skeeter and the lengths she was willing to go to get a good story.

With the rant over, I also had a question for you! I have read one of the History of Magic books - the one aimed at adults - and I was wondering if a comparison of that with the new eBooks would be of interest to anyone. I know it includes some of the same information (like Jo's sketches and early drafts), but they also contain interviews only seen in the audiobooks, so it sounds like there's new information, and you know how much I want to know everything about the wizarding world! If that's something you'd like to see, drop a comment down below, and I'll be sure to do a post about it in the future! 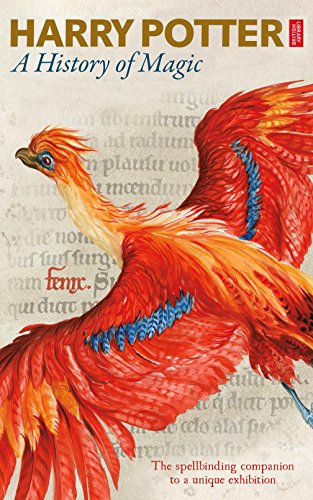 Until then, stay magical, and don't let the Muggles get you down ❤️

(UPDATE: this issue has been so widespread it has now been addressed on Jo's website)