Wizard Rock! (Including a review of "I Wanna Wrock!" and Harry and the Potters' new album "Lumos"!)

Hey there!
I hope you're all having a magical week! Today I want to talk about my newfound love for wizard rock (aka wrock). I'm going to try and make sure it isn't too long, but you might want to put the kettle on just in case!

I've not mentioned it before, but I was very late to Harry Potter. I grew up with the books and films coming out, and was the perfect age to be a giant fangirl, but it just didn't stick. It wasn't until I was at university having a bit of a rough time when I really fell in love with Potter.

As I was so late to the party, I did the typical Ravenclaw thing and read every book I could find on Harry Potter, including "Harry: A History" by Melissa Anelli. This is a really interesting book documenting the Harry Potter fandom (full review coming soon!), and has a whole chapter dedicated to wrock. I remember immediately taking to the internet and buying Harry and the Potters' first album, but then becoming overwhelmed by the sheer volume of music available and never taking it any further.

Fast forward to December last year when I tweeted about my disappointment that the Christmas album we were expecting from the Fantastic Beasts, Harry Potter and Cursed Child actors hadn't been released. My fellow SpeakBeasty social media witch, Ev, mentioned the Jingle Spells, the Christmas wrock albums and recommended a few bands to me. Having just a few artists to try rather than hundreds to choose from made it seem a lot less scary, and I fell hear over heels in love! I now have a collection of 944 wrock songs, my ringtone is Accio Hagrid and my alarm is Home!

If you're looking to get into wrock I would definitely recommend starting with Harry and the Potters, Lauren Fairweather, Draco and the Malfoys, The 8th Horcrux, Tonks and the Aurors, and The Whomping Willows. You can even get a feel for the genre with a free download of wrock samplers! Bandcamp is a great place to start as you can listen to the full songs before you buy.

I am so excited to be able to be a part of this community at the same time as it's seeing a resurgence, with things like a whole compilation about poop  (based on the infamous Pottermore tweet), a new Harry and the Potters album and all the excitement of Fantastic Beasts. I came very late to the party but I hope that what I lack in time in the fandom I make up for enthusiasm, and I love being able to make friends with fellow nerds!

Now, before this gets absurdly long, I want to share my 7 (of course!) favourite wrock songs so far (in no particular order):

What are your favourite wrock songs and bands? I would love to get recommendations! Let me know in the comments!

You know I love writing reviews, so I thought this would be the perfect time to look at Harry and the Potters' new album "Lumos", and also "I Wanna Wrock", a book all about wizard wrock by Paul Thomas. 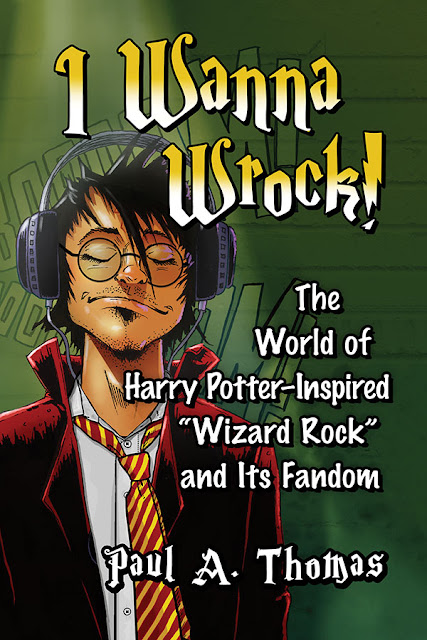 I picked up Paul's book after I saw it mentioned on Twitter and was eager to learn about what I'd missed in the world of wizard rock. As well as being a wonderful account of the history of the movement, it also includes interviews with band members and a whole appendix of popular bands. I found it absolutely fascinating, and my copy is now covered in highlights and notes! I would highly recommend this for wrock fans old and new - you'll definitely learn something!

As soon as I heard that Harry and the Potters were releasing a new album (their first in 13 years), I knew I was definitely pre-ordering the heck out of that, especially as it's allll about Deathly Hallows which is my favourite book. They had some extremely cool options on their Kickstarter, and I ended up going with the Hagrid's beard USB which contains pretty much their whole discography. 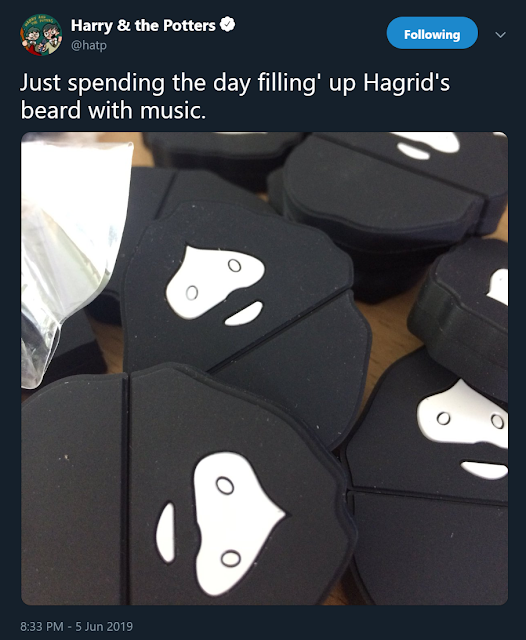 As well as being hilarious and practical, it was also much cheaper for me to get all their music this way as I only had a few albums, and I'm really looking forward to working my way through all their music!

I received the digital downloads for Lumos, Mostly Camping (only currently available through Kickstarter), and The Harry Potter Boogie while I was in the Lake District, and spent the 5 hour journey home listening to them again and again and again! My favourite songs so far are "The Sword, The Cup and the Dragon" (the line "we are brave and afraid, we are horcrux takers" gives me many feelings), "What Happened to the Cat?" and "The Trace". "The Stone" gets an honorary mention for ripping my heart out.

I am now very tempted to re-read Deathly Hallows while listening to the album on repeat!

I hope you have enjoyed our foray into the world of wizard rock, if you have any recommendations I would love to hear them!

I'm going to be visiting Lacock Abbey soon; a filming location for Hogwarts in Harry Potter and Fantastic Beasts; so expect a post on that shortly!

Until then,
Don't let the Muggles get you down. ♥️