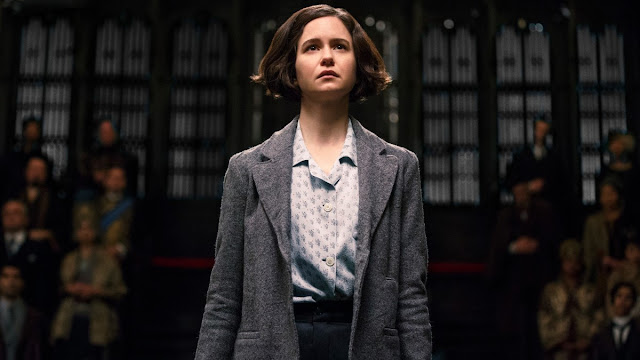 Today I have one that's a bit weird for you, even for me! 😜 I was trying out this writing exercise about writing emotions, and also using it work through my weird feelings surrounding closing my shop. Somehow it ended up turning into fanfiction (#sorrynotsorry), and then Newt snuck his way in there! I finished writing this before an interview (that went really well!), so it ended up more hopeful than I expected.

Hope you enjoy it, and have a magical Tuesday! ⚡

It has been months since she was demoted, but she can still see the contempt on Picquery's face every time she closes her eyes; the image burned into her retinas. She wakes from dreams of drowning, gasping for air, as the sense of failure crashes over her again.

She knows Queenie is worried: she can sense something is not right, so Tina throws herself into investigating the Second Salemers: determined to protect credence, even though she knows it could end her career for good.

Children have always been her Achilles heel: ever since herself and Queenie were orphaned, she simply can't stand by while a child suffers, no matter the consequences.

Although she tries to hide it, she knows she is only treading water - in her nightmares the waves get bigger and bigger and threaten to pull her down for good

But then he arrives, and suddenly she can breathe again; like she's finally on dry land after months at sea.

She trusts him, despite her better judgement, and she can tell that he trusts her too. Together they prove that her instincts are as sharp as ever, and save New York in the process.

When she watches him board the boat she is sad to see him go of course, but she also feels a sharp twinge in her heart that takes her a while to recognise: hope.
Labels: Fanfiction Fantastic Beasts