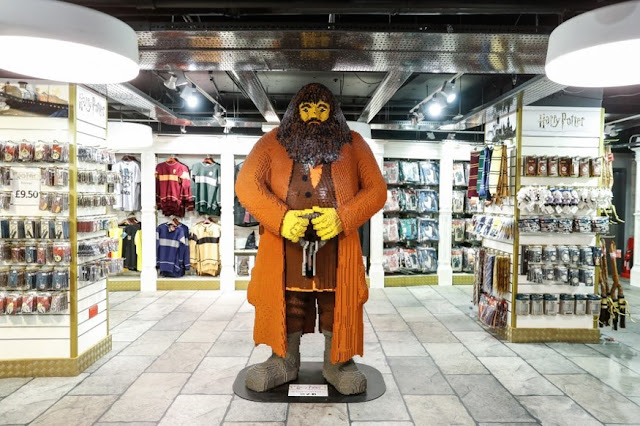 Last Friday I went to London for a yarn launch at Liberty (so exciting and wonderful and I can't believe I got to call it work and ahhhhh I love my new job so much). When I arrived, typically an hour and a half early, I realised that Hamleys was just around the corner. Hamleys in London has a whole Harry Potter floor, but I hadn't had a chance to go when I was in London to see Cursed Child back in January, or when I went for September 1st a few weeks ago; so while I was in the area and had some time so spare I thought I'd check it out! 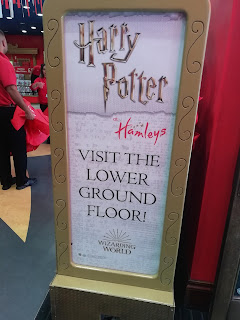 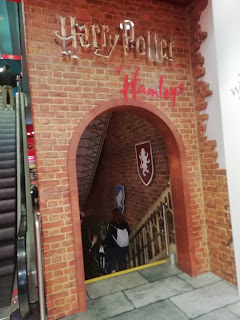 As soon as you walk in you're greeted by a magical archway down to the bottom floor, which is reminiscent of the entrance to Diagon Alley or Platform 9 3/4! All along the wall at the Hogwarts houses, which I meant to take pictures of but them completely forgot in my excitement!

The first time you're likely to notice is the GIGANTIC Lego Hagrid. Not quite life-size (definitely not twice the size of an average man and five times as wide), but still taller than me! 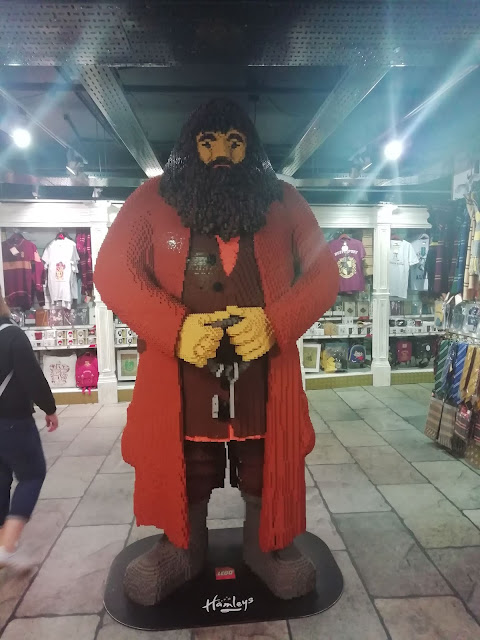 Every time I re-read the books I have more of an appreciation for Hagrid, and I'm a little cheesed off Harry named one of his kids after the guy who bullied him for 6 years instead of the loveliest guy on the planet. Come on, dude. 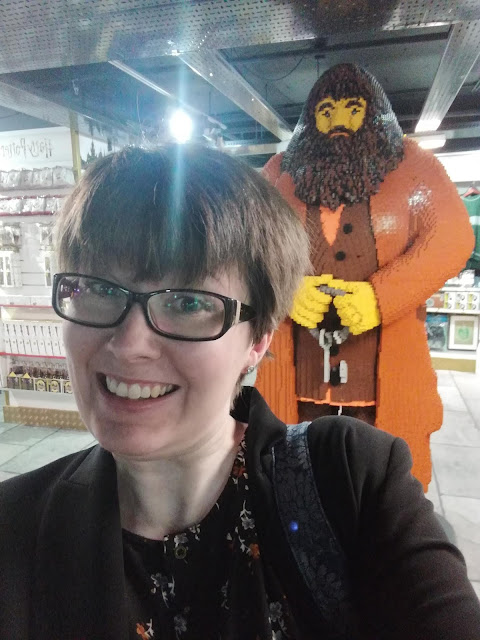 I immediately sent this picture to all my family who were very impressed. Maybe now I've finished giant Lego Hogwarts I'll start a true-to-size Hagrid! 😜

Once I'd torn myself away from Hagrid, I turned around the spotted THIS FANTASTIC BEAST! 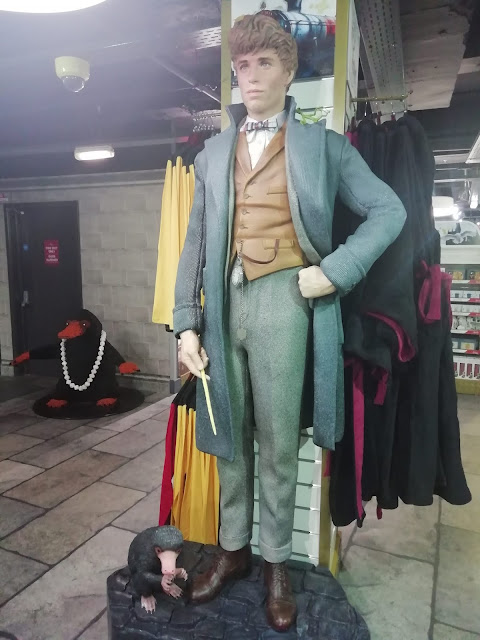 And, as if it couldn't get better than a giant Lego Hagrid and lifesize Newt Scamander...there was also a gigantic Lego Niffler!! 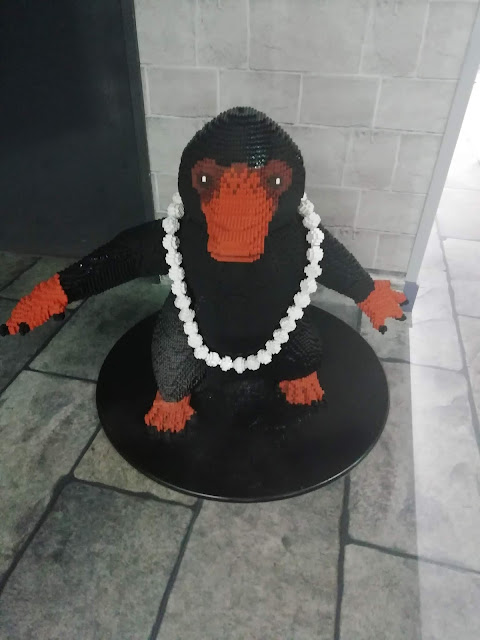 New life goal: own a giant Niffer. I mean, how cute is this guy??

There were also a lot of cut-outs to take pictures with (like an undesirable no 1 frame, a giant Harry pop etc), but as I was on my own in smart clothes I thought it might look a little weird!

I did however, buy something. I bet you aren't surprised 😉

I fell completely in love with this Quibbler mug: I love the bright Ravenclaw blue, it has Luna's Spectrospecs on the back and even says "I suspect Nargles are behind it" on the rim! 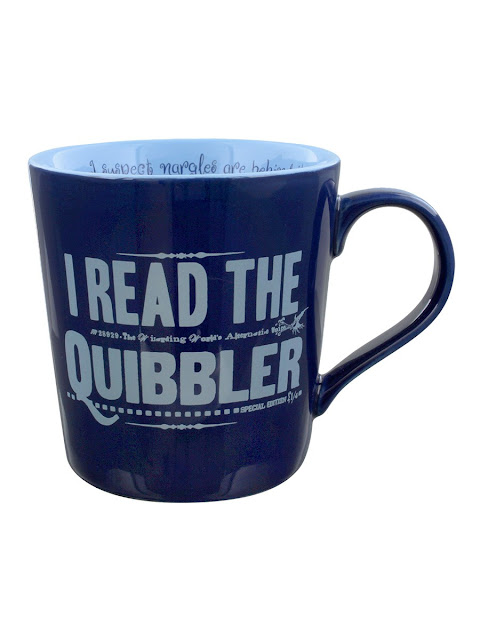 I managed to restrain myself though because A) if I buy another mug the cupboard might explode and B) I wouldn't be able to fit it in my bag and I wasn't walking into a yarn launch with Harry Potter merch. For this same reason, I decided against hot Dumbledore's wand (even though I really want to get it at some point so I can cosplay!)

But I did spot this lunchbox which was excellent timing - I've been using my mum's M&S coolbag and it's a bit too big to fit in the fridge really, but this one is just the perfect size for a roll and an emergency kitkat chunky. What more could you want? 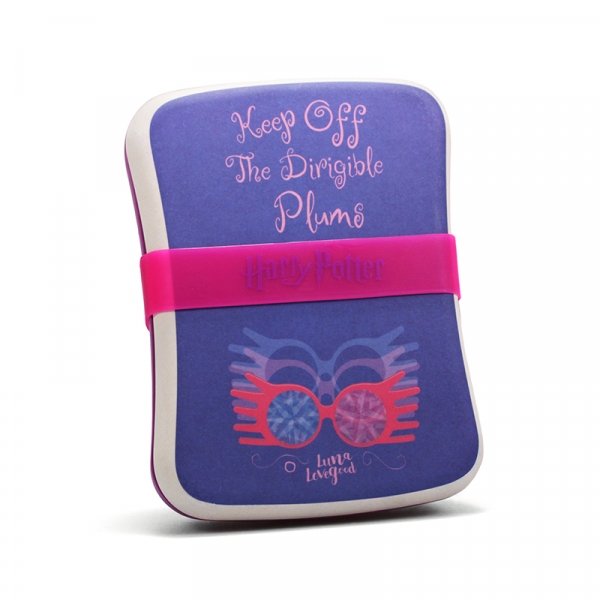 The elastic band around it is also very handy if you're trying to squish in a bit too many snacks - it keeps them all nice and safe and stops any of your chocolate frogs escaping.

I really enjoyed seeing Hamleys - the displays were so beautiful and well thought out and I saw a lot of merch I'd never seen before (and you know what I'm like - that's saying something!).

Next week I'm hoping to have another fanfiction for you! I'm working on a new one in my lunch break, it's probably going to be a short one again but I am also planning a longer one which I am very excited about.

Until then,
Don't let the Muggles get you down! ❤️
Labels: Fantastic Beasts Harry Potter Merchandise