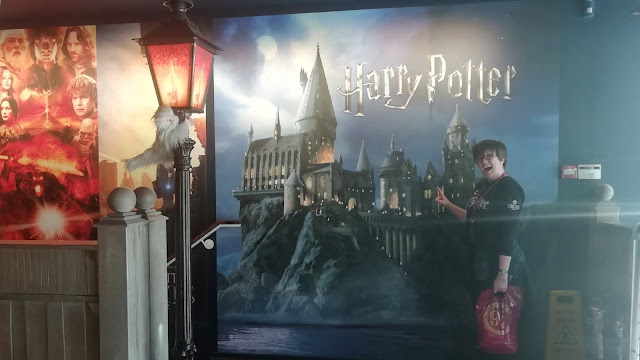 Sorry it's been a while, I've been settling in to my new job. I absolutely love it, and I think it's going well - I've been asked to go full time from next month! 😊 So I might not be updating as often, but I'll still nerd out with you when I can.

This is the final part of my London adventures - the merch haul of course! I wasn't intending to buy too much, but they had some really cool things I haven't seen before, so I did go a little wild! I'm not planning on getting anything else until I visit the Studio Tour again later this month, and even then I only really want something with the new Gringotts design on - I'm trying to be good and lay off the merch!

First of all we went to the Platform 9 3/4 shop, of course! There were a few things I knew I really wanted here, including this gorgeous shirt. 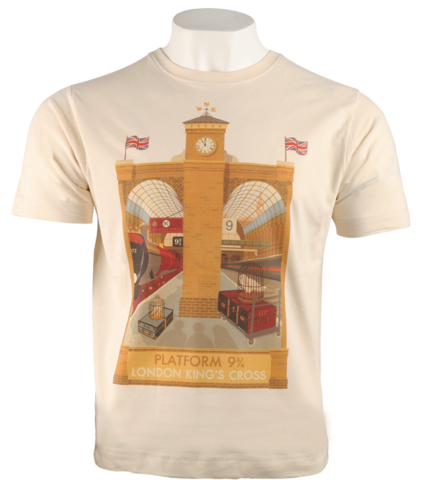 It's designed by MinaLima and exclusive to the shop. I was hoping they might have the design on a postcard, but as they didn't I went for the shirt, and I plan to wear it every September 1st now! I love all the little details, and it reminds me of what a fun day I had!

I also planned on getting something to bring back for my parents - so I got a few bars of this Hogwarts Express ticket chocolate! It was very yummy, and 3 for £10 so not too bad (Potter chocolate can be very pricey!) 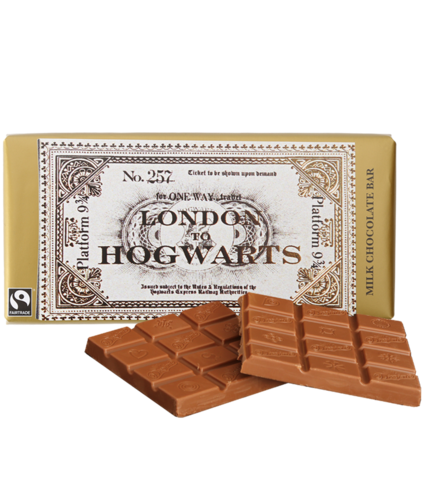 The last thing that I specifically wanted as a postcard for my wall. I've mentioned before that I'm buying a postcard at every filming location I visit, so I wanted to get one at Kings Cross of course! Unfortunately they didn't have any postcards, but I bought this beautiful card instead. The gold foiling is so pretty, and it is the official MinaLima design. I don't intend to send it to anybody though! 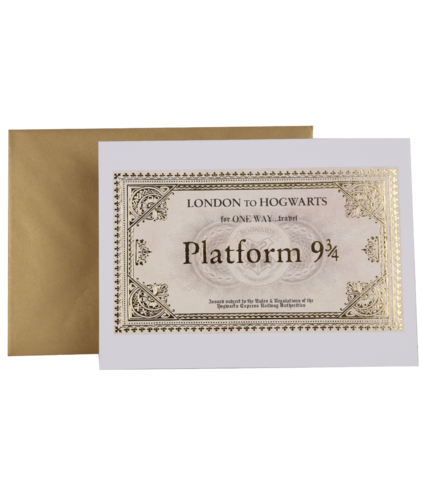 Everything else I got was an impulse buy. I am TERRIBLE to impulse buying, especially as we had to wait a while in the queue and I kept seeing really cool things! 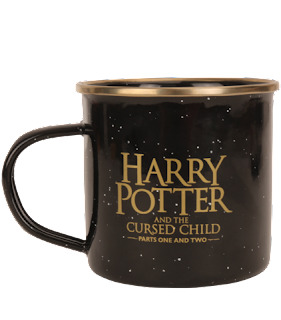 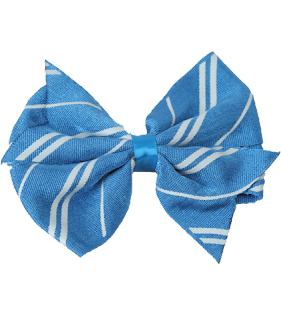 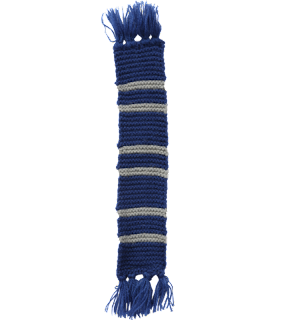 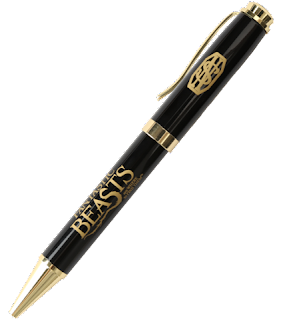 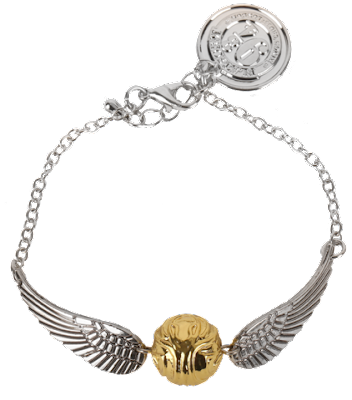 I've mentioned before that I really love Cursed Child, so I was excited to find a section in the shop with some of the merchandise you can only find at the theatre, especially as we had just seen some of the cast! I got this enamel mug as I always drink from mugs, and this one was nice and light.

I wanted to show my house pride, but headbands always get lost in my hair (it's so thick!), so I opted for a little clip-on bow instead. I also found a teeny tiny knitted Ravenclaw scarf bookmark which I simply couldn't resist - knitting and Ravenclaw AND tiny? That's definitely one for the basket!

Although I probably have enough Potter pens to sink a canoe, I thought this Fantastic Beasts one was really cute - perfect for writing all my Newtina fanfiction!

I saw the Snitch bracelet while I was waiting in the queue. I'm not really a bracelet person (I find them too annoying when I'm typing), but I love the detail on the Snitch. It's a design that I've seen a lot before, but I've never seen it done that well, and I love how there's a little Platform 9 3/4 tag too. I've worn it quite a few times already and it always reminds me of the wonderful day I had.

The last thing I got from Platform 9 3/4 isn't strictly merch, as they were being given out to everyone there - our very own tickets to Hogwarts! 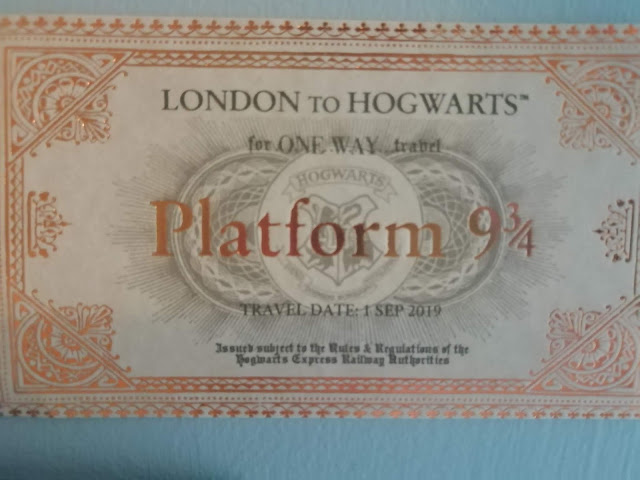 They even have the date on, which I thought was a really nice touch. The gold foiling is also really pretty!

As you might have noticed from the picture wayyy back up at the top - we also went to Noble Collection! They only have one store in the UK which is in London. I had been hoping to visit when I went to see Cursed Child in January but I didn't get time, so we went in-between Kings Cross and our walking tour!

If you go on the tube though - take the lift, not the stairs! SO MANY STAIRS!!!

Noble Collection is definitely worth a visit, if only to see the gorgeous displays. I particularly enjoyed all the signed wand boxes, including one from Tom Felton that says "you filthly mudbloods", haha! 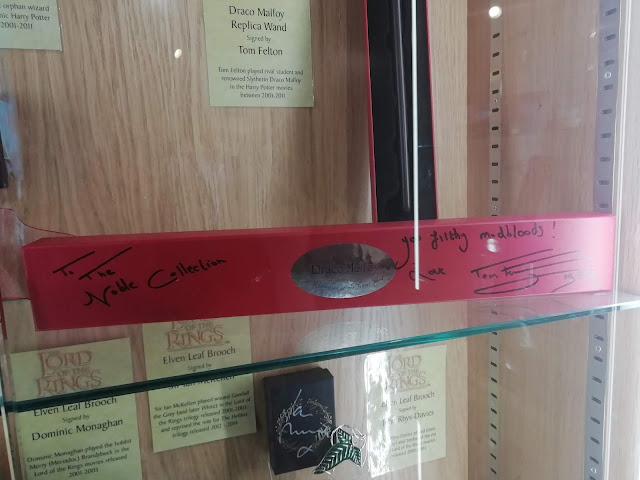 There were a few things I was looking for in Noble Collection, including this lovely Monster Book of Monsters charm! They also do a cushion which is fabulous, but I just don't have any more space for them. I really like that some of the proceeds go to Jo's charity - Lumos. They have lots of different designs, but I went with this one, as Azkaban is my favourite film! They are supposed to be bracelet charms, but I put it on a necklace chain and it's perfect. A little subtle hint to my favourite fandom! 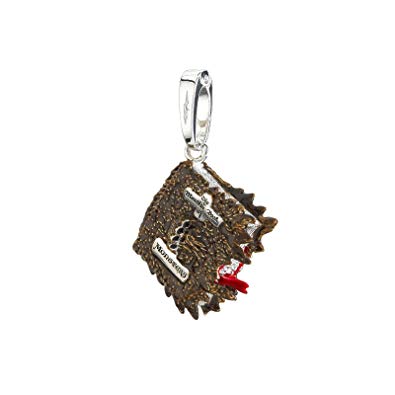 Noble Collection had also just launched something I was wanting to have a look at - bendable Cornish Pixies! I got the bendable Pickett a little while ago, and he's so cute and also very handy for SpeakBeasty posts. I was planning on getting the Cornish Pixie plush from the Studio Tour to hand on a thread above my bead, but when I heard about these I thought they would be even better! 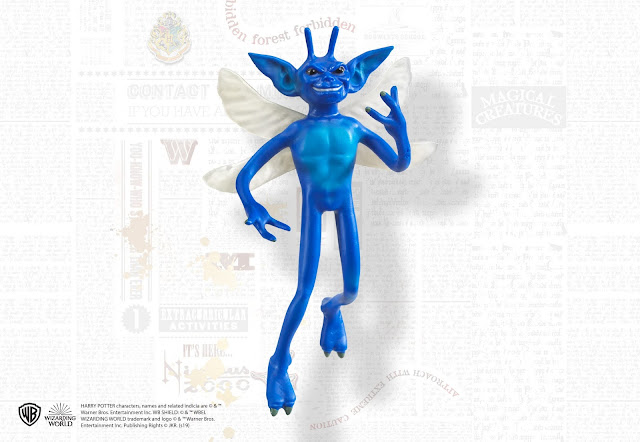 They did also do a Dobby, but I have so many Dobby things already, so I just went with this guy. He seems to enjoy hanging out on my curtain rail! (Ignore the dust 😅) 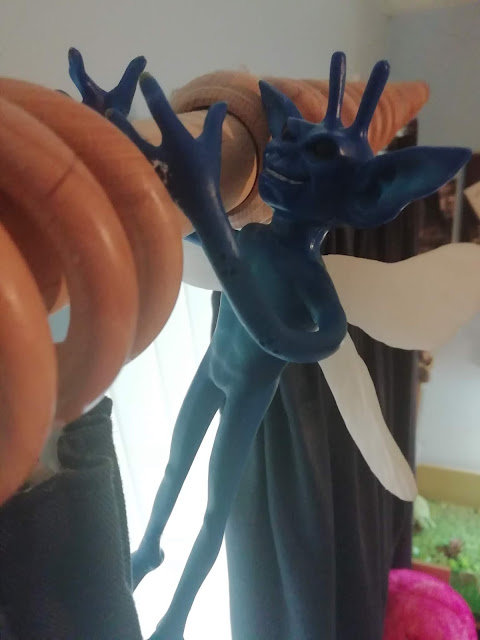 As usual, I also made a few impulse buys. I had been thinking about getting the Deluminator for a little while, and when I saw it I just fell in love! It's also proved to be surprisingly handy though - the light is very bright, so I use it if I'm going downstairs in the night. It's usually easier to find that getting the torch on my phone to turn on, and it makes me feel like Dumbledore!

The night before we went to London I had a SpeakBeasty hangout where Marjolaine showed us per Dougal plush, which was just too cute! I had been umming and ahhing about getting one for a little while, and when I saw him I just couldn't resist. I was thinking about getting the smaller version, but I ended up going full-size which is more life-like. He is very hairy though - by the time I got home I was covered! 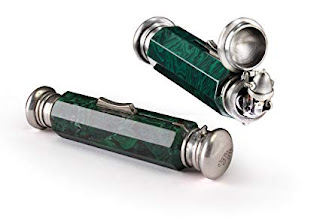 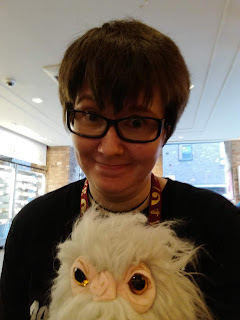 And there we have it! I hope you've enjoyed seeing what I bought, even if it was a bit more than I should have. 😂 I actually ended up making another surprise visit to London this week, so I'll tell you all about it next time!

Until then,
Don't let the Muggles get you down! ❤️