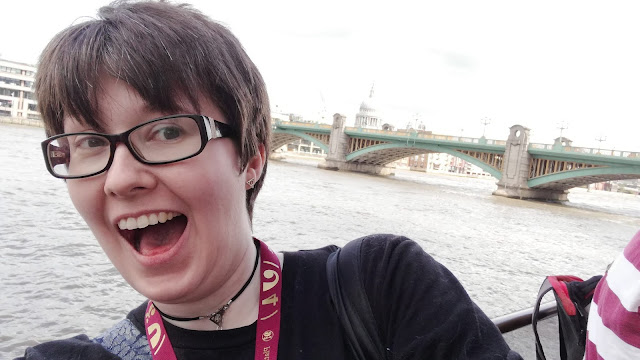 Last week, I wrote all about my adventures to Kings Cross on September the 1st, so today I want to talk about the waling tour we did right after!

As London is a bit of a journey for us, we decided to make a day of it and do a walking tour in the afternoon too. After a bit of research I decided on Tour of Muggles as their reviews were great, and they only do Potter tours so I thought they must really know their stuff!

We did have to get the tube to London Bridge for the start of the tour, but the instructions you're given on how to get to the meeting place and very easy to follow and we found our tour guide - Luke Lestrange - without any problems.

We were a bit early so we had to wait until everyone else arrived, but it gave us time to get our shopping sorted (as we had just been to Noble Collection - more on that next week!). We decided to give Dougal the Demiguise and Gatsby the Niffler a nice view of London from our bags! 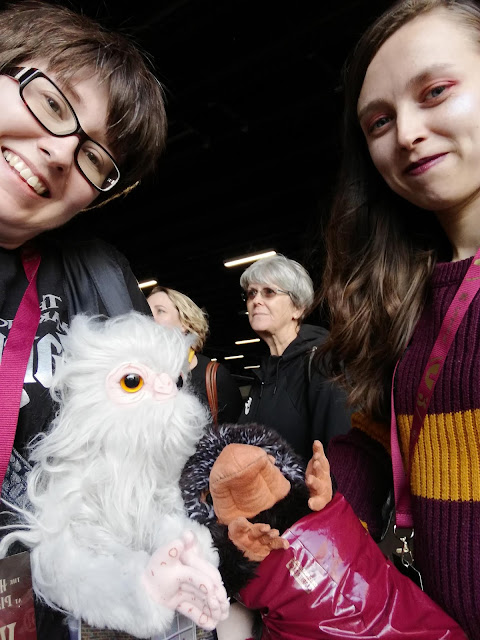 I don't want to spoil the tour for people who are planning to go, so I'm just going to talk about my favourite bits. I had a really wonderful time and thought it was well worth the money (best £14 I've ever spent!), so would highly recommend it if you want to see places where they filmed Harry Potter but are a bit worried about getting lost in London.


One of my favourite places we visited was the entrance to The Leaky Cauldron from Prisoner of Azkaban...although now it's a taco restaurant. 😂 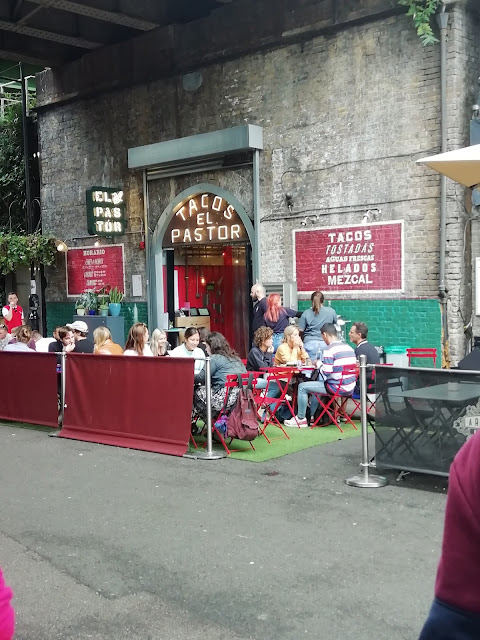 This is also just above (and to the right) of the taco restaurant. The window on the left is the view from Harry's room when he stays at The Leaky Cauldron! 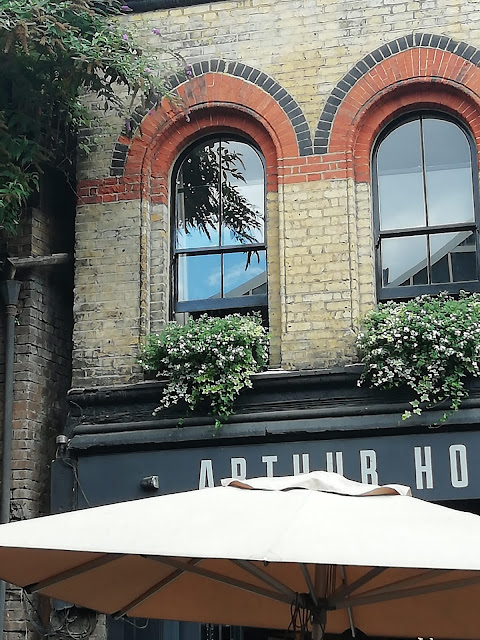 I got a bit too excited when we saw St Paul's Cathedral. They used the whispering gallery to film the stairs to Professor Trelawney's classroom, and of course we see Newt and Dumbledore meet on the roof in Crimes Of Grindelwald. The bridge behind the one in the foreground is also the Millenium Bridge - the one the Death Eaters destroy in Half-Blood Prince! 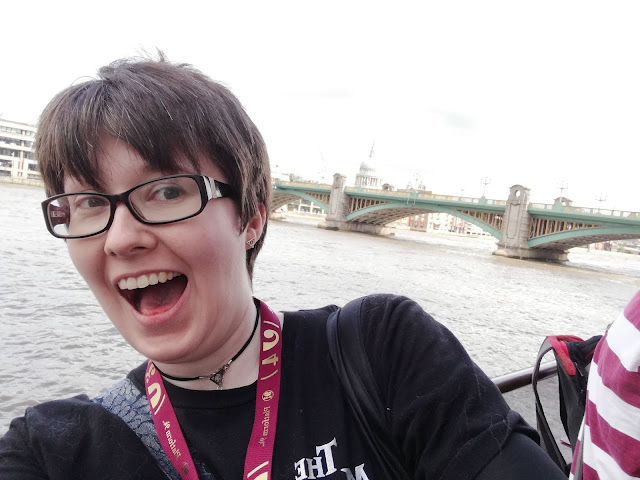 Remember when Arthur Weasley takes Harry for his hearing at the Ministry of Magic in Order of the Phoenix? They go through Westminster tube station, down these escalators! 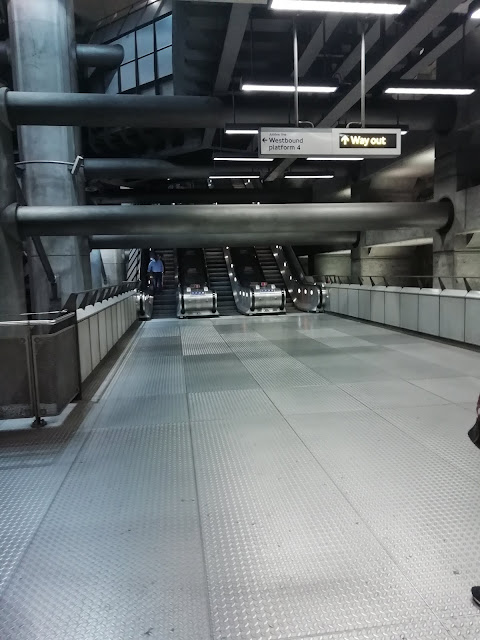 Mr Weasley has trouble using his Osyter card on this machine (no 53)! Of course I had to go through it! 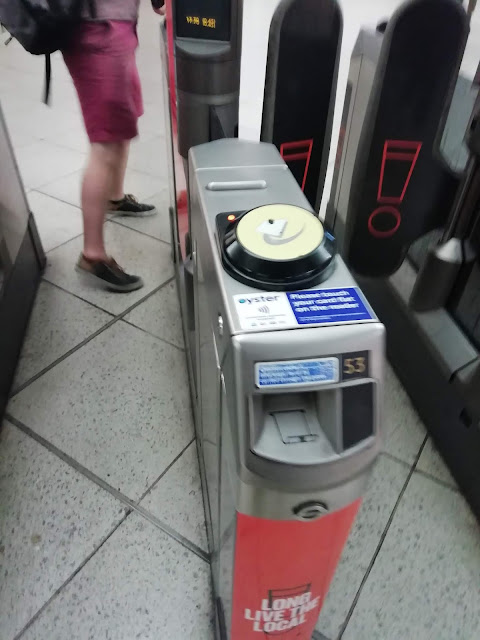 Harry, Ron and Hermione hide the body of Mafalda Hopkirk  through this door when they break into the Ministry of Magic in Deathly Hallows. 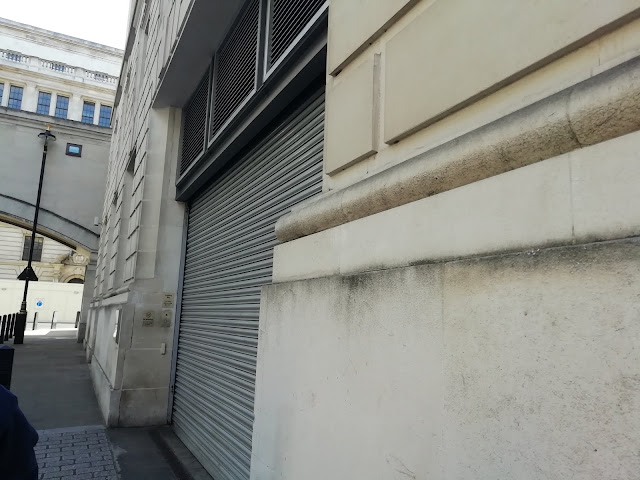 The doorway isn't very exciting to look at though, so they remade the door opposite (the brown wooden one) in polystyrene for filming! 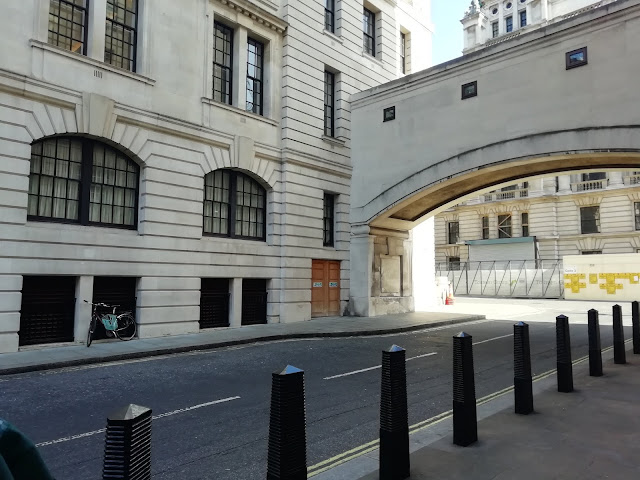 While waiting for the Ministry workers to arrive, Ron stands under this street sign for Scotland Place! 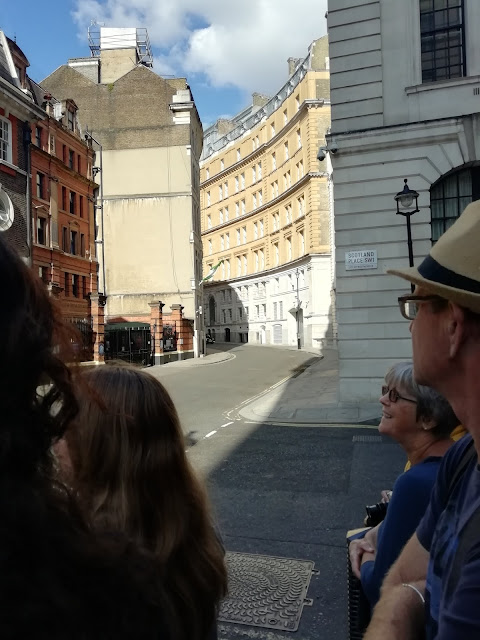 The telephone box for the visitor's entrance to the Ministry of Magic stands here - although they did remove the door so it didn't look like they could just get in that way! 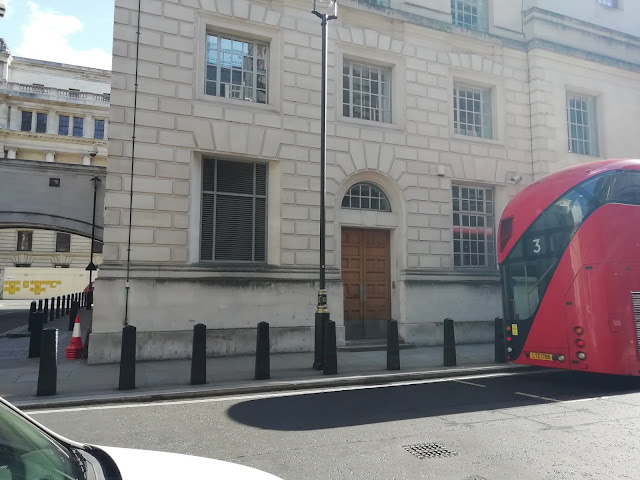 This Street was the inspiration for Knockturn Alley, and it's easy to see why! So spooky. 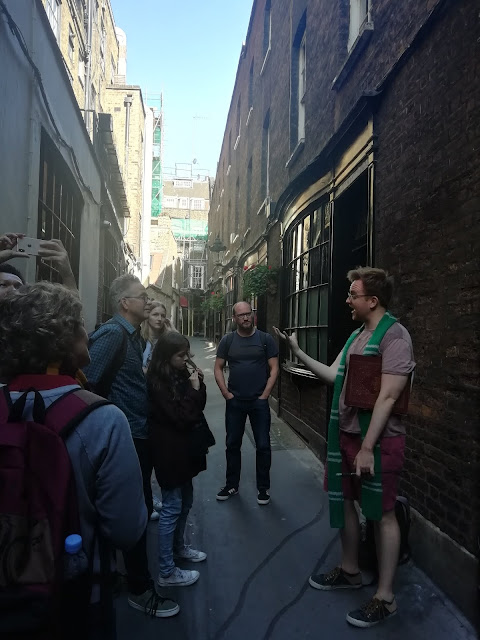 They couldn't film in the actual alley as it isn't wide enough, so they rebuilt it in perfect detail at Leavesdon. The red brick roof you can see is where Harry, Ron and Hermione spy on Draco in Half-Blood Prince! 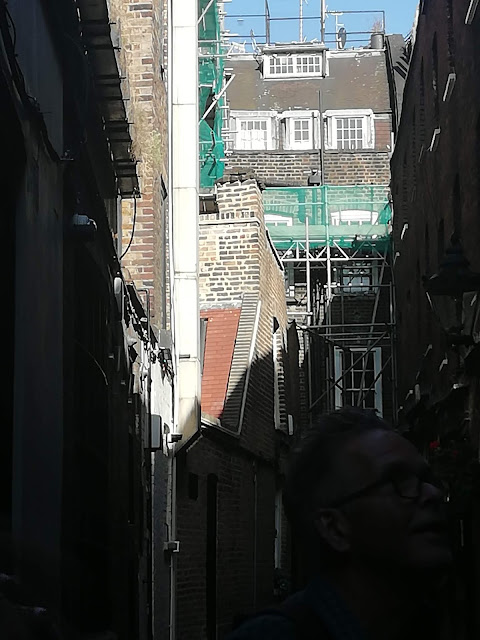 I had so much fun seeing locations from the Potter films, and nerding out! Our tour guide was lovely, and I think we even convinced him to start listening to SpeakBeasty! I wish all days could be as magical as this, but I suppose then it wouldn't be as fun!

Don't let the Muggles get you down! ❤️